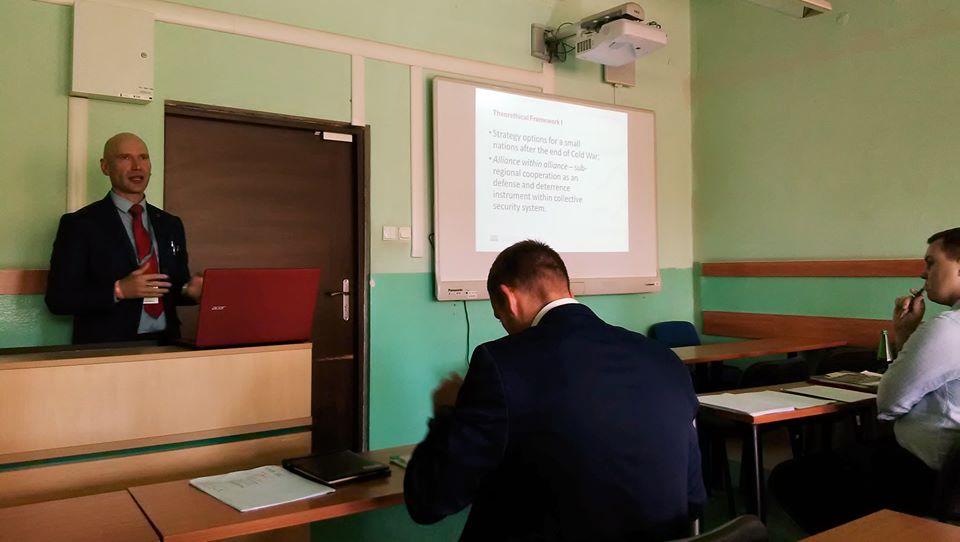 During his presentation “Sub-Regional Defense Synchronization – Theory Perspectives and Security Expectations for the Baltics,” Mr. Nikers outlined and discussed the origin and sustainability of the modern security alliance between small countries. He focused on the Baltic States, and took the issue of alliance formation beyond the realm of Cold War-era power balancing, upon which the main alliance- building theory was formed.

From one side, the presentation discussed current issues regarding the Baltic States’ security cooperation, which were identified and analyzed within the Baltic Security Strategy Project (2018-2019) by scholars and government professionals from the Baltic States. From the other side, the panel examined traditional and modern theoretical perspectives, answering the question of whether small states are capable of boosting their defenses and enhancing deterrence by synchronizing their security and improving military interoperability within the collective security system.

The 13th ECPR General Conference took place in Wrocław September 4-7, 2019. The ECPR is an independent scholarly association, established in 1970. Its 350 institutional members across around 50 countries represent the leading universities, students and senior academics engaged in the research and teaching of political science worldwide.