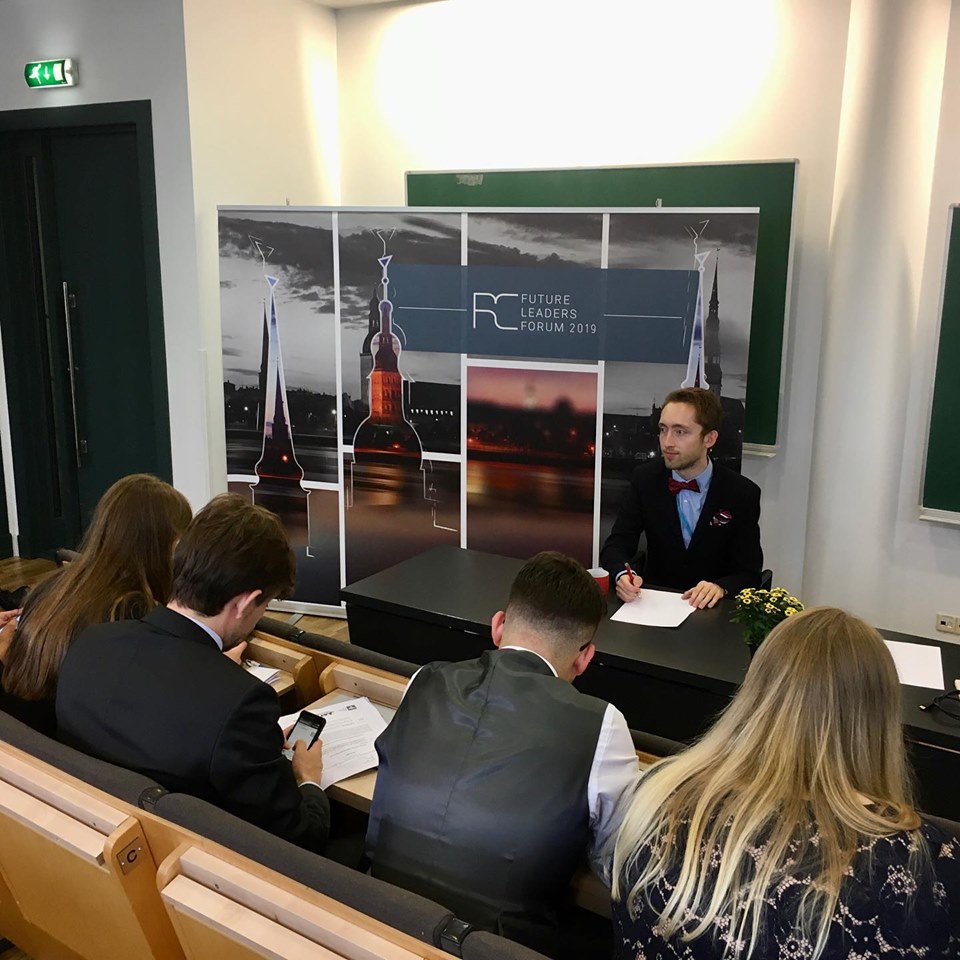 October 2019 has been busy for the Baltic Security Foundation, pursuing our goal of fostering and promoting Baltic defense and security. The team has both participated in and organized events covering regional security issues.

The Rīga Conference 2019 took place on October 11th and 12th. Mr. Olevs Nikers and Mr. Otto Tabuns were both invited to participate. The agenda included current challenges, such as the issue of EU and NATO identities as well as understanding European strategic autonomy. In a regional scope, the conference strongly emphasized the increasing importance of China and the Arctic region, and did not forget to keep Ukraine and Georgia on the agenda, too. Human rights and political power in the digital age formed another fundamental debate among the participants. In addition to the regular program, Mr. Tabuns was invited to moderate the Rīga Conference Future Leaders Forum that gathered 30 graduate students and young professionals from Europe, the U.S., and South Africa. They discussed the preconditions necessary for NATO to remain a relevant and modern alliance. The future leaders identified which NATO priorities are more important to them, personally, and worked on a set of recommendations for what the Alliance could do to obtain the necessary toolkit for it to succeed in the coming years. This is significant in understanding the certain different perspectives across the Transatlantic space, paving the way to common ground among the new generation of opinion and decision makers.

Between October 20th and 24th, BSF was honored to host Ms. Maia Otarashvili, a Research Fellow and Deputy Director of the Eurasia Program at Foreign Policy Research Institute. She met the BSF team, as well as officials, diplomats, and scholars in Rīga. FPRI runs the Baltic Initiative, designed to advance Americans’ awareness of our region while providing a platform for voices from the region. The Initiative has launched a regular publication titled the Baltic Bulletin, which shares insights about the region with thousands of readers worldwide. The Initiative also organizes public events, and FPRI has supported the organization of AABS conference in Philadelphia. Therefore, Ms. Otarashvili’s visit is expected to strengthen networking between experts on the Baltic region across the Atlantic, especially beyond the Beltway in the U.S.

On October 23rd, BSF, in cooperation with BW Consulting, hosted another Baltic Sea Security Initiative Workshop in Berlin, Germany. Experts from Estonia, Germany, Latvia, Lithuania, Poland, Sweden, the United Kingdom, and the United States assessed the military aspects of Baltic Sea security. They devoted particular attention to the maritime and air domains, strategic and bureaucratic culture, national defense planning, and constitutional considerations. This will be used to formulate practical recommendations to Baltic and Allied decision makers.

On October 30th, BSF representatives were invited to participate in the Baltic Security Strategy Forum in Kiel. Hosted by the Institute of Security Policy by Christian Albrecht University in Kiel, the forum dealt with key regional issues in the maritime domain. The high level presenters, including many from the German, Swedish, and U.S. Navies, discussed Swedish-Finnish naval cooperation, gaps in Baltic naval cooperation with the rest of the NATO, and former Soviet naval offensive plans in the Baltic Sea in context of the Russian maritime strategy today.