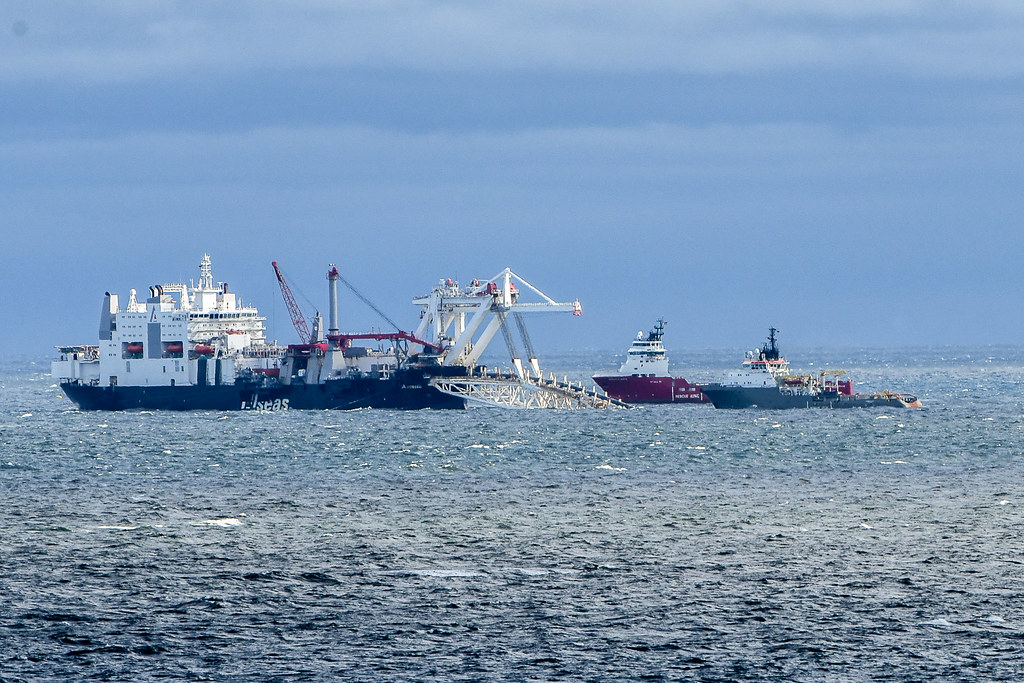 U.S. President Joe Biden has claimed that Nord Stream 2, the controversial Russo-German pipeline project, is a “bad deal for Europe” and has stated his administration’s opposition to the project. At face value, that would appear to be a rare continuity with the previous administration, but a deeper dive into the various perspectives in Washington reveals a much more complicated position. Despite spoken commitments to the bipartisan sanctions regime instituted by the Trump administration, it appears that the Biden administration is ready to wash its hands of the issue and move on.

Secretary of State Anthony Blinken has reaffirmed the “bad deal for Europe statement” and reportedly informed German Foreign Minister Heiko Maas that all entities engaged in the construction of the pipeline could face sanctions. Blinken himself stated that the pipeline “divides Europe, exposes Ukraine and Central Europe to Russian manipulation and coercion, [and] it goes against Europe’s own stated energy goals.” Yet, he did not outright state to Maas that any entities involved in construction of the pipeline would receive sanctions. Rather, he stated that the administration will “make a determination on the applicability of sanctions.” This leaves the door open for inaction. Likewise, Blinken has repeatedly emphasized in talking points that the project is “virtually complete,” a factual statement, yes, but one that signals the administration’s disinterest in stopping the pipeline.

Other officials within the administration have made similar vague statements that hint at the possibility of not applying sanctions to all construction activity on the pipeline. State Department spokesman Ned Price notes that “we are always looking at pipeline activity that would be sanctionable, so if we see activity that meets that threshold we are prepared to follow the law.” This would appear to indicate a process of selectively applying sanctions on some entities, but not others, and there is no explanation of what exactly that threshold is. Notice as well that the administration is “prepared to follow the law,” referring to the existing sanctions package – this language signals that the administration’s stance is not one of strong opposition, but rather of simply doing what is required. Also notable is one statement by an unnamed senior administration official who says, “we’re between a rock and a hard place.” The English idiom used here sums up the Biden administration’s attitude towards the project: on the one hand, it opposes the project on principle, and for the right reasons, but on the other hand, it is so committed to conciliation with Germany that it appears willing to waver on Nord Stream 2.

Further statements seem to indicate that the administration is simply buying time on the issue. In an official statement, Blinken notes that the State Department is “tracking efforts to complete the Nord Stream 2 pipeline and is evaluating information regarding entities that appear to be involved.” Yet, when the State Department published its report of entities involved in the project, it neglected to include any European companies involved in the construction of the pipeline for new sanctions, instead focusing on Russian vessels. Bloomberg notes that this decision “reflects a political calculation by Secretary of State Antony Blinken not to challenge Germany over its support for the pipeline.” Yet, as opponents point out, this position of conciliation with Germany risks alienating other key allies, such as Poland and the Baltic States. By targeting only Russian entities, and avoiding applying the law across the board to all entities involved in Nord Stream 2, the Biden administration is putting forth a façade of being tough on Russia while enabling the project to continue. This Potemkin village may fool some in the press, but Russia is taking note that it can meddle in European affairs and the U.S. will be hesitant to take action. Indeed, after a 15 month hiatus, construction is resuming on Nord Stream 2, and Gazprom board chairman Viktor Zubkov has announced that construction will be completed this year.

Others have taken note of the Biden administration’s unwillingness to actively pursue sanctioning European actors involved with the project. Russia has primarily used shell companies, detours, middlemen, and odd quantities and pricing to dodge sanctions. By following a similar pattern to money laundering, Russia has managed to obfuscate its activities on paper, yet these tactics are still in and of themselves not particularly sophisticated. Indeed, the use of shell companies opens an actor up for more sanctions. Surely the United States is not fooled by this activity – so what is going on? Ultimately, Russia’s success in dodging sanctions in this way underscores Washington’s unwillingness to address the issue. As Nikos Tsafos of the Washington Center for Strategic and International Studies points out in an interview with Deutsche Welle, the Biden administration is likely to turn a blind eye in order to leave room for compromise with Germany.

Compromise between the U.S. and Germany on Nord Stream 2 has already been suggested before. The German ambassador floated the idea in February, giving the completed pipeline a new role as leverage between Berlin and Washington on other issues. Notably, the German Ministry of Finance is in contact with the United States on the issue of sanctions and sanction threats, but the content of these talks is confidential. Some have suggested a number of different cooperative agreements Germany could make in exchange for completing Nord Stream 2 unhindered, such as investments in energy projects in Central and Eastern Europe, investment in “green energy” projects in Eastern Europe and Ukraine, or possible trade agreements, but what exactly will come of any negotiations with Berlin remains to be seen. It would appear that the pattern the administration is setting so far will allow Germany to make very little sacrifice for having the privilege of completing the project, if Washington will indeed take the route of diplomatic compromise.

In the U.S. Congress, however, there is some bipartisan pressure to keep fighting Nord Stream 2 more actively. Some Senators among both parties noted after a classified briefing with Blinken on March 11 that is unclear if the administration is willing to act quickly enough to prevent the pipeline’s completion. For opponents of the project, however, there is still some possibility that the sanctions regime could still be enforced. Senator Ted Cruz (R-TX) has placed a procedural hold on confirming crucial Biden administration nominees in order to gain leverage to force the administration to act. Senator Cruz has stated his commitment to maintaining the hold until all portions of the sanctions law are enforced fully. Further, the bipartisan sanctions law itself has overwhelming support among both parties; yet, among Biden’s Democratic Party, there are senators, such as Chris Murphy (D-CT), who continue to urge that sanctions only be applied to Russia. Other Democratic Senators, such as Bob Menendez (D-NJ), knowing that the Biden administration is only pursuing sanctions against Russian entities rather than enforcing the law across the board continue to claim that the administration is doing what is necessary to stop it. Few Democrats, such as Sen. Jeanne Shaheen (D-NH), a co-author of the sanctions bill with Senator Cruz, have been willing to urge the administration to “expeditiously” halt the construction of the remainder of the pipeline. This situation leaves a mixed impression for opponents in Central and Eastern Europe. On the one hand, there is bipartisan support for the sanctions package in the U.S. Congress and significant political leverage being applied through the Senate confirmations process; on the other hand, members of President Biden’s party, including those who support the sanctions, have been largely unwilling to urge a stronger approach. Whether or not efforts to force the administration to enforce the sanctions law across all entities involved in constructing Nord Stream 2, including European ones, will be successful remains to be seen. So far, it is clear that the administration is unwilling to step on Germany’s toes, and is only willing to half-heartedly attack the problem.

So far, the Biden administration is quietly deviating from its predecessor’s position on Nord Stream 2. At the present time, it appears that the administration is pretending to be tough on Russia, while in reality caving to Germany, which is in turn tantamount to surrendering to Russia by allowing Moscow to complete the project. For the Baltic States, Poland, and the rest of Central and Eastern Europe, this position should be deeply concerning. Not only does it allow for the process of subversion to continue in Germany and open the door for greater energy coercion in Europe, it also signals that the Biden administration is not truly committed to protecting the security of the region. By capitulating here, the Biden administration is unintentionally signaling weakness to Russia. As an opportunist in aggression, Moscow is already taking note.