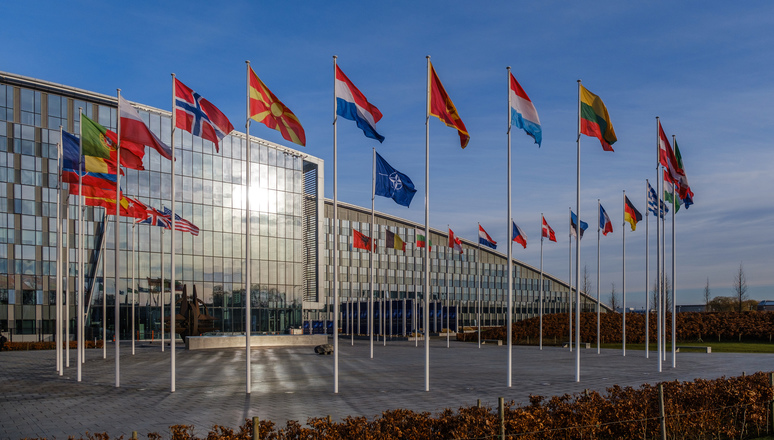 On June 14, heads of state from all NATO members met in Brussels for the 2021 NATO summit. This occurred smack in the middle of U.S. President Biden’s much touted trip to Europe, and overall received little media attention. A Google search of the summit produces primarily NATO press releases, the odd news article here or there (but only from mainstream yet highly partisan sources, fringe outlets, and little else), few analyses, and a preponderance of pre-summit anticipatory articles from news sources and think tanks alike. The clear majority of search results are dated within the weeks leading up to the summit, and little has been said about it since. Why? Because ultimately, this summit marked a return to business as usual, and aside from the inclusion of China on the threat radar and the ambiguous position on Afghanistan, very little was particularly newsworthy. However, the NATO summit does bear importance for the Baltic States, particularly against the backdrop of Western relations with Russia, and therefore it is worth unpacking here.

In its 79 paragraphs, the post-summit communique contains all the resolutions member states agreed to this year. The bulk of these resolutions can be classified as ongoing commitments from previous summits and/or agreements made in advance of the summit. Others broaden the alliance’s objectives, such as addressing the threat from China, the NATO 2030 program, and combating climate change. Still others suggest ideas for reinvigorating the defense and deterrence posture, revamping the command structure, promoting societal resilience, and combating cyber threats, to name a few. Yet these offer few specifics with regard to any action plans to accomplish these goals, though they do indicate that such plans exist, or are at least being worked on, often in the form of fashionable buzz-words such as “whole-of-government approach” and “tailored and structured.” As of now though, the communique offers little to suggest that these agreements can be put into practice, fitting a broader theme of “all talk and no action.”

With regard to the Russian threat, and relations with Moscow more broadly, the communique contains about a dozen paragraphs that specifically mention Russia on a range of issues from protracted conflicts (e.g. Transnistria and the Donbass) to nuclear nonproliferation. Several of these simply outline various instances and forms of Russian aggression, while others call for Russia to reverse course on one policy or another, and others state NATO’s resolve to counter Russian aggression. Among these, NATO members resolved to continue the enhanced Forward Presence (eFP) posture in the Baltic States and Poland. Further elaboration on that point can be found further down in paragraph 34, wherein the communique touts “continued improvement” through aligned plans and greater force integration between the eFP battlegroups and national defense forces. Aside from the reassurance that NATO seeks no confrontation and is not a threat to Russia, nothing else is said on eFP.

The majority of the commitments salient to the Baltic States’ defense against Russia are within the category of old agreements reaffirmed. These include commitments to improved military mobility, force structure, military strategy vis-a-vis defense and deterrence and warfighting, cyber defense, societal resilience and civil preparedness, etc. In these, there is little to no information in the communique pointing towards updates to these agreements, with the exception of progress reports on measures already taken, such as the opening of a Euro-Atlantic Centre for Resilience in Romania. Defense expenditures and investments are another key area wherein previous commitments were reaffirmed at this summit. The communique notes that ten member states are expected to meet the two percent of GDP requirement on defense expenditures this year, while “nearly two-thirds” of the allies are expected to meet that requirement by 2024. Short of the statement that “we can and must do more,” however, nothing is said to address those that will not reach that requirement, such as Germany, which plans to reach it by about 2030. Failure to meet these agreements is a demonstration of disunity among member states, and as such, is of greater consequence than it may initially appear.

The concept of unity itself has been a key theme for this year, and many have heralded the return to unity in NATO since the Biden administration took office. Yet, on issues such as NordStream 2, the Normandy Process (which NATO leaders unwisely pledged to support), and a reset in relations with Russia, France and Germany represent powerful forces whose aims are antithetical to those of much of the rest of the allies. Likewise, Paris and Berlin have successfully blocked a pathway to membership for both Ukraine and Georgia, with this year’s resolutions maintaining that status quo. Indeed, each of these positions advantages Russia at the expense of a NATO partner in Ukraine and, in some cases, allies within Central and Eastern Europe. Predictably, Russia sees Paris and Berlin as weak links in NATO’s unity and resolve. Furthermore, given the Biden administration’s strategy of appeasing Germany, as seen in removing sanctions on Nord Stream 2, the Kremlin has no reason to believe that NATO cannot be undermined from within. After the NATO summit and Biden’s summit with Putin in Geneva, Moscow is already saber rattling and testing NATO’s unity and resolve in the Black Sea with aggression against British, Dutch, and American ships.

For the Baltic States, this summit should be viewed with a touch of concern. There is very little new that impacts their security, outside of recognizing the threat from China. Vis-a-vis defense and deterrence on the alliance’s eastern flank, almost all agreements simply reaffirmed what is already taking place. Other agreements reflect a sense of mission creep - the heads of state may all have altruistic motives in agreeing to fight climate change, but is that something a defensive military alliance should be focusing its attention on? Where does that fit within NATO’s purpose? Finally, the much heralded return to unity has not really benefited them in any concrete sense, and in some respects, undermines their interests and the interests of like-minded allies. Indicators seem to be pointing to a return to an era of complacency within the alliance, and the Baltic States should start preparing for that contingency. Estonia, Latvia, and Lithuania should all be asking, “Is this good enough?” “Can we effectively deter and defend against Russian aggression?” “Should we be doing more than we already are?” Pledges of support are only as good as the real support given, and the Baltic States must remain vocal about the threats they face in order to receive the support they need. Now is the time to focus on the eastern flank, not abandon it.